Please take 5 Minutes to watch this this very Powerful Video of REALITY!!!!!!!

Earlier this evening, I saw this video making the rounds on Facebook .. and upon viewing, I just had to share it.

In the United States, gay and lesbian couples are denied around 1,100 rights that straight couples have.  One of the major rights that affects those from different countries (one from the US, the other from UK as an example), is that the person from outside the US can be denied a visa, and isn’t allowed to apply for a green card though straight married couples can.

The below video, as well as many others on The DOMA Project website (http://www.domaproject.org/), highlight how heartbreaking it is for these couples who’ve been legally married in the US, but are repeated forced apart by DOMA (Defense of Marriage Act).

For those who are unaware of what it is:

Why not check out my 3rd installment of my blog Adventures in time?

Follow so when I am out of space on this one You will already have the inside scoop on where I have been!

If you followed me on Adventure’s in Time Volume #2 why not check out Volume #3?

Be sure to follow so you don’t miss any Adventures. See you there soon!

I am very happy to report that Clump the Rococo Toad I last blogged about is doing much better. His skin irritation or whatever it was is healing just fine. I also took it upon myself to redecorate his enclosure. A much needed change and all for $6! When you love someone you also love their pets and you will do anything for them and theirs  cause in the end they are also you and yours…

He seems much happier now as well!

Brett’s Rococo Toad “Clump” recently shed his skin, which he has done in the past without a problem. Last night he noticed what looks like abrasions behind his eyes. mild / moderate bleeding last night. Treated with Neosporin, to keep away infection.

Today the bleeding is minimal to none but fleshy looking, probably from the Neosporin. Any Toad / frog bloggers out there who have any advice please help! “Clump” doesn’t appear to be in any distress of any kind, but still Brett and I would like to help the lil guy out! Even if you know someone who knows about Toads and frogs please forward this to them. Any help will be greatly Appreciated!

There was no injury that either of us are aware of, could have even been accidentally self inflicted???

Today is a good day! When the plants on my balcony start to grow, I know Spring is right around the corner! My Lilly’s are a few inches above the soil! YAY! And we reached 50 degrees today! Let’s hope that nasty beast named Winter is gone until next year…

My little sprouts of green!

Aren’t they Beautiful? Just wait till they bloom!

He looked cold so…

i really love this poem…Sweet yet demising!

I promised almost a month ago for pictures of the animals that inhabit my place. But first a quick history:

Mama came to me one night a a one night type deal we were going to bring her to a no kill shelter the next morning. Mama who’s name was actually Princess that night, ended up playing on my feelings and emotions and somehow found her way into my heart. She stayed. That was April of 2008. One night while she and I we watching TV in the living room, I felt something move inside her and felt around her belly, I could feel 3 defined kittens…She was pregnant! June 1, 2008 she gave birth to 4 kittens, on my bed. I woke up to the sound of baby kittens meowing. The runt died a week or so later, and I was able to get a home for the all black long haired boy (Bear). TJ and Dora never got adopted, so I had no choice but to keep them.

Her daughter and my “Fury Girl Miss Dora”

I found the Eastern Tree Frog one day when we went to Mylestandish State Forest. It was in the men’s room walking across the wall, Brett wouldn’t let it be so that explains that!

Squirtle and Taka were also found and kept by Brett.

Turtle 1 and Turtle 2 as I call them were Brett’s from his house, he can feel free to comment and tell you their story.

Clump is a Rococo Toad also Brett’s and his story to tell as I really don’t know.

So there you have the Felines and reptiles and amphibians living with us…Hope you enjoyed!

10 ways to have a great relationship.

I had to Press this, I read this and loved it! It is so true! To my fellow friends and bloggers who are in a relationship whether Gay, Straight, Bi, Trans etc…This issues that arise within relationships are all the same…read and enjoy! Hopefully you may even learn something or be able to teach something! 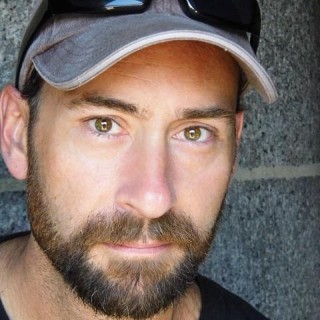 About me??? Boring! I like to photograph nature and the outdoors. I preffer to be outside rather than inside, but I do have my reclusive tendensies as well.

Archives ~A Look Back~